On 8 November 2022, the Board of Trustees of the Open Society Foundation elected Pavel Čekan – scientist and founder of the biotechnology company MultiplexDX – as its Chairman. He succeeds Michaela Benedigová, who stepped down from this position in September 2022. 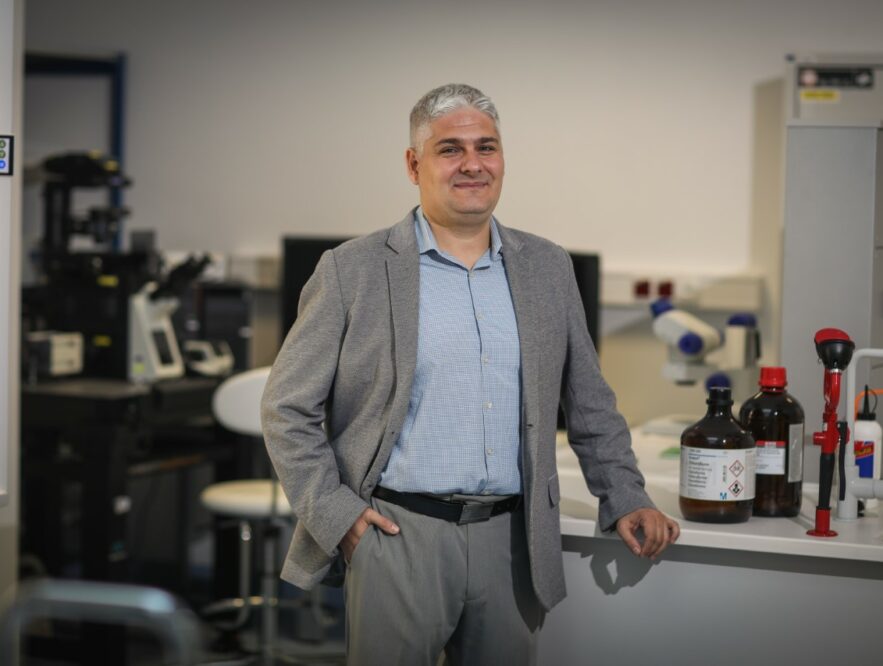 The new Chairman of the Board is well known in the scientific world for his research in the field of cancer diagnostics. After obtaining his PhD in biochemistry in Iceland, he worked at Rockefeller University and also at the prestigious National Cancer Institute in the United States, where he later founded his own company, MultiplexDX. Cekan has authored more than 30 scientific papers, with a Hirsch index score of 21. He also has three international patents to his credit.

In 2017 he moved from the USA back to Slovakia. He made his mark on the general public especially during the Covid-19 pandemic. As a manufacturer of cutting-edge PCR tests, he was a member of advisory boards, became a member of the Scientific Council of the Ministry of Health of the Slovak Republic and was also one of the founders of the Science Helps initiative. He became a strong voice of the scientific community in the public sphere.

In the recent past, Pavol Čekan helped the non-profit organization Cesta von, which implements a groundbreaking project in the field of early childhood care in Roma settlements and excluded communities.

After this experience, Čekan decided to become even more involved in the development of civil society in Slovakia as chairman of the OSF Board of Trustees. According to his own words, he did not hesitate in accepting this offer, also because of his three sons, for whom he wants to create a better and more open society.

“We have a lot of work ahead of us. In recent years, people in Slovakia have lost confidence in themselves, in a better government, in better times. They are all the more afraid of the new, all the more angry and frustrated about their poor social situation, their failures, their poor health. But I believe that together with Fedor Blaščák, the new director of the Foundation and his team, but also with the entire Board of Trustees of the Foundation, we will be able to stop this process “, he said.

“It is still important to keep building an open society in Slovakia. It is unacceptable for any of us to be afraid to live here just because we have a different opinion, identity, religion, orientation or nationality than the majority. As chairman of the board, I will strive to ensure that our foundation strongly supports the protection of the rights and freedoms of all without exception, that it continues to serve as a patron of the development of democracy, and that it improves life in Slovakia through its many non-governmental projects.”

Pavol joins the Board at a time when the Foundation is celebrating its thirtieth anniversary. Over the past 30 years, it has seen a number of prominent figures in social and public life. “In these moments we remember the late founding members, Lev Bukovsky and Jan Pišút, and we are proud that their scientific spirit is continued on the Board of Trustees by our new Chairman, the eminent Slovak scientist and personality, Pavol Čekan. As the ninth Chairman, he joins the good company of his predecessors”, said Fedor Blaščák, Director of the Foundation.

Look on what we are working
show projects